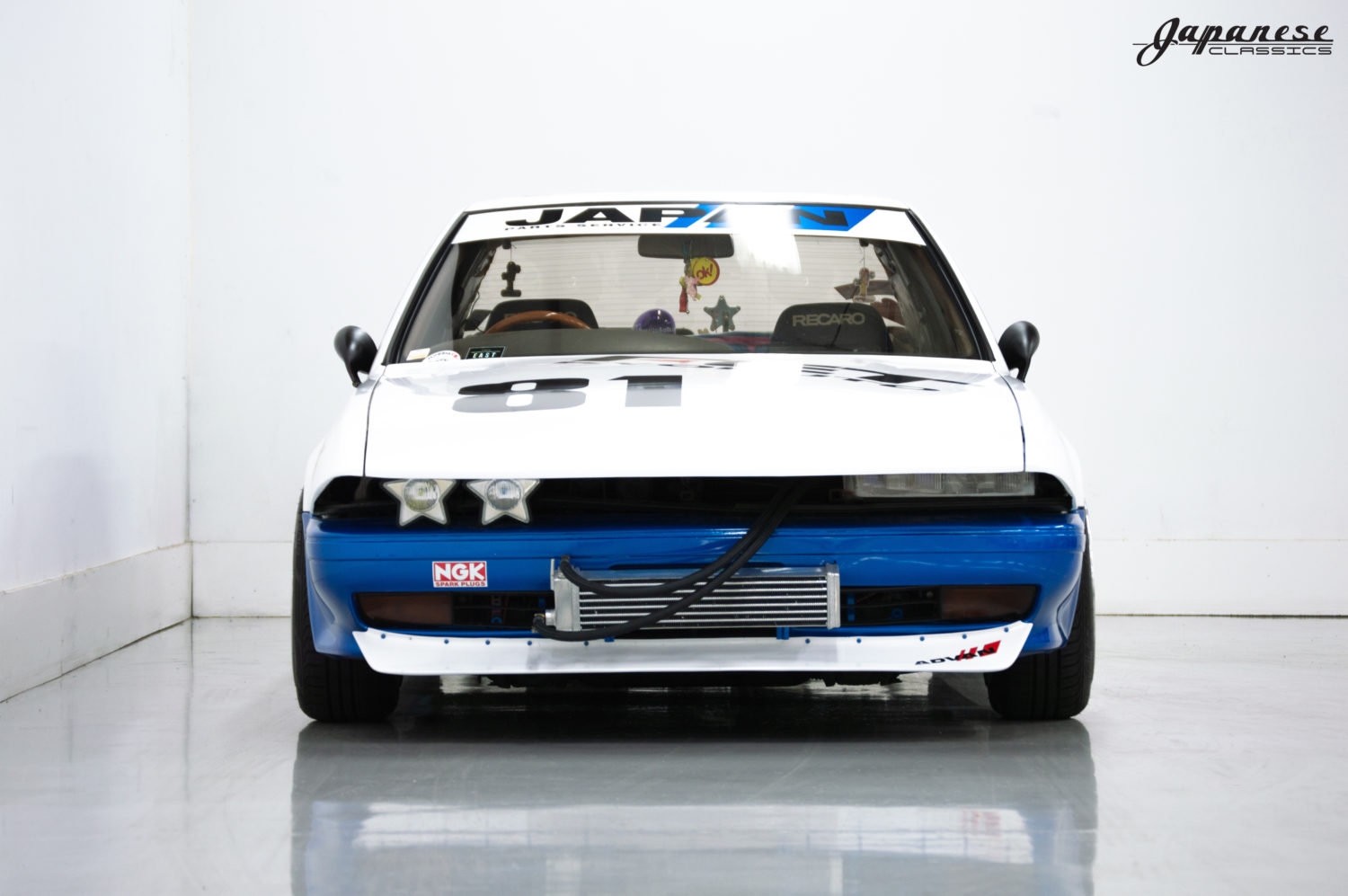 This 1991 Toyota Cresta  is far from the ordinary stock GX81 you will see listed stateside for sale. The car originally belonged to “Ryopon” (can be found on instagram) in which the car had a blue and white Falken livery (can be seen on hightopfadeblogspot). When he sold the car to us, it had a roughed in longnose, but you could really see the potential it had underneath it’s mustard yellow paint.

The front long nose was reconstructed once the car was brought from Japan as it started it’s life with a longnose from the previous owner. The rear end was completely stock when we received the car and all of the body work was done here in the US. The rear sports a cherry tail on one side and the “A” in the Advan decal lights up as the other tail light including turn signal.  The car was fully sanded to it’s bare metal and primered before the livery was added. The longnose is made of fiberglass and the rear end is fully made of metal. All of the body work was done by our restoration manager Andrew Clarke.

The car itself has roughly 95,000 kilometers on it, however the cluster has stopped rolling over it’s mileage. The engine sounds amazing through the current exhaust setup. The transmission shifts smooth and is accompanied by a lightweight flywheel. The car now sits on Fortune Auto coilovers and the wheels are 15×8.5 -21 and 15×8 +0 SSR Formula Mesh. The rear sports an authentic Slit Spoiler and the front has a modified Hakosuka chin spoiler.

The interior of the car is mostly stock other than the two Recaro Confetti seats, the Nardi steering wheel, and the Mr.Grip shift knob. The car is also equipped with a “godfather” horn on a convenient push switch as well as a patlite that is hardwired to an on/off switch next to the steering wheel. The rear parcel shelf is missing, but for good reason as it is used to accommodate kyusha and kaido style decorations.

Taking one look at the car, it is obvious that it is meant to have fun in and to express yourself with. The car itself is absurdly loud and looks ridiculous while rolling (in a good way).  We hope the next owner throws a good amount of their flare into the mix! 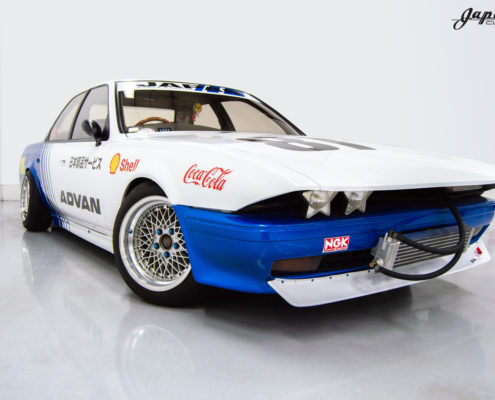 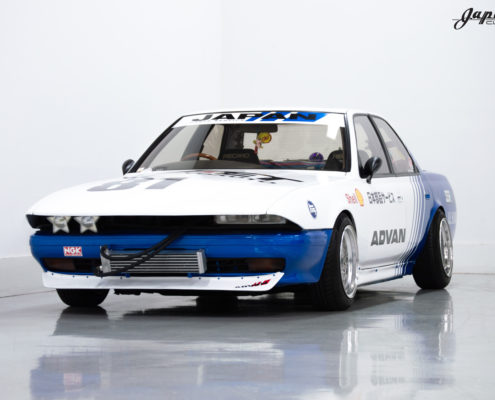 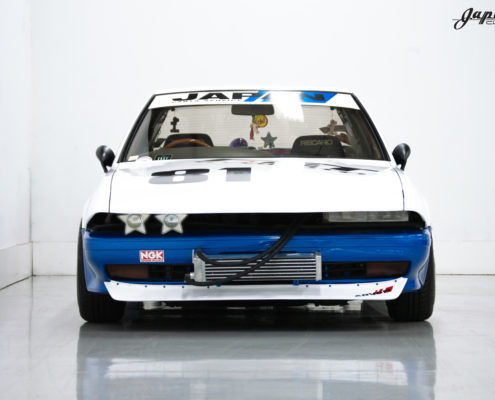 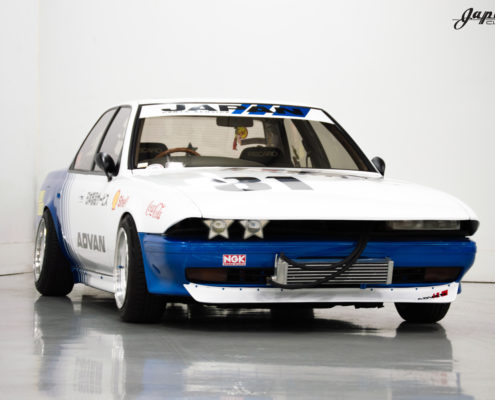 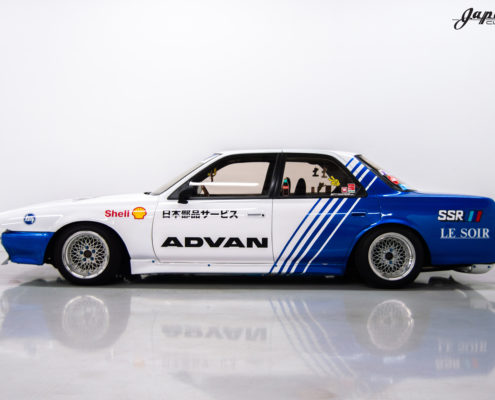 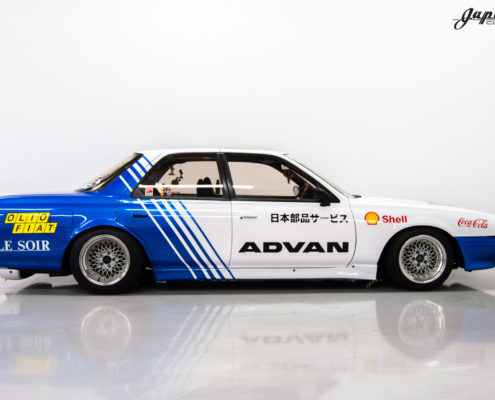 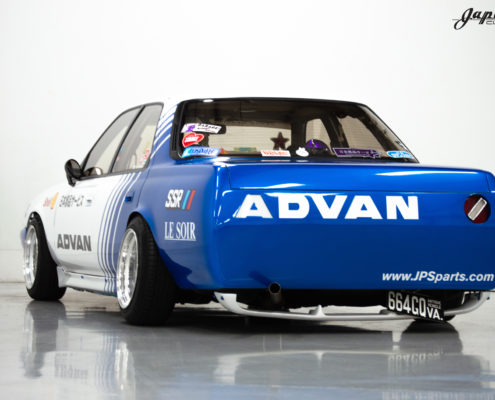 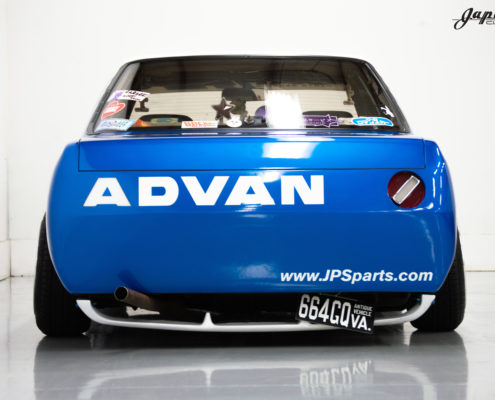 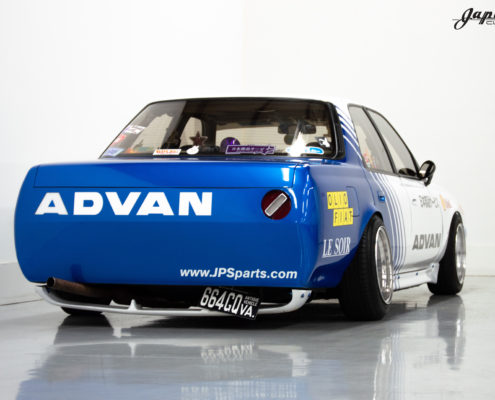 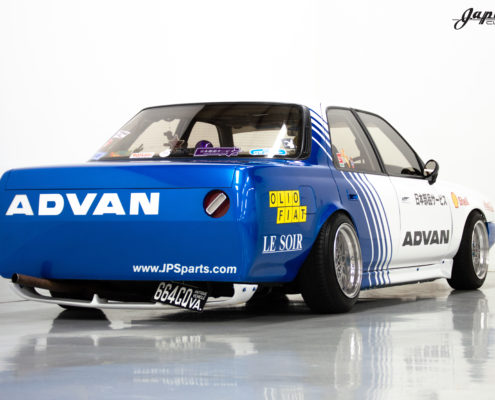 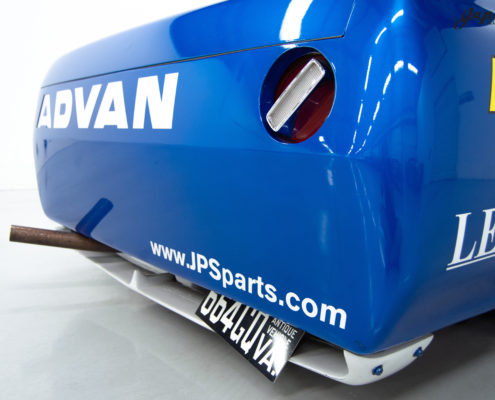 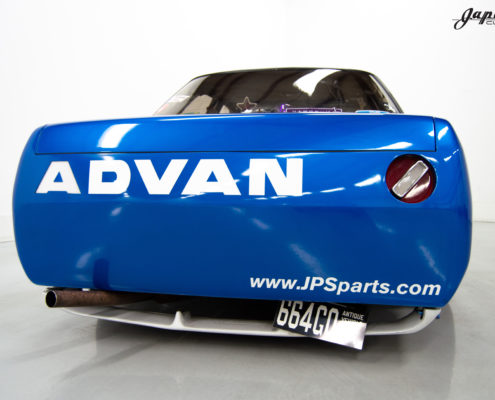 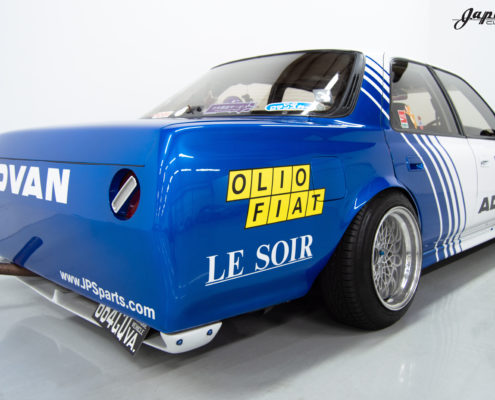 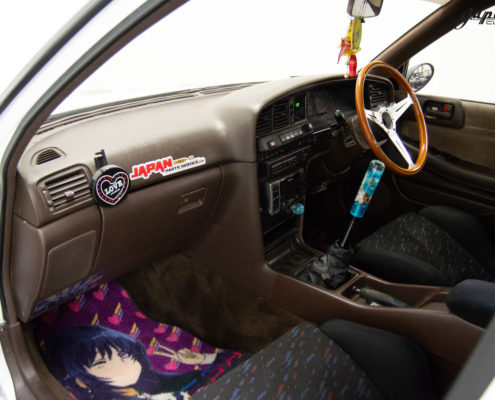 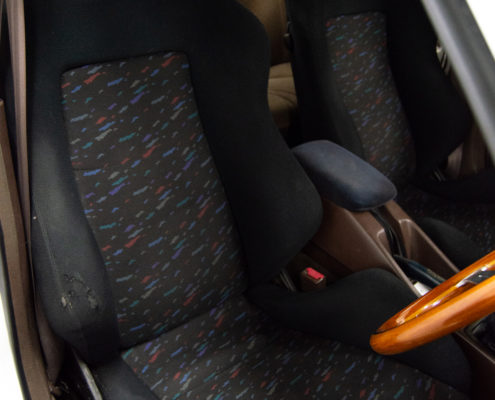 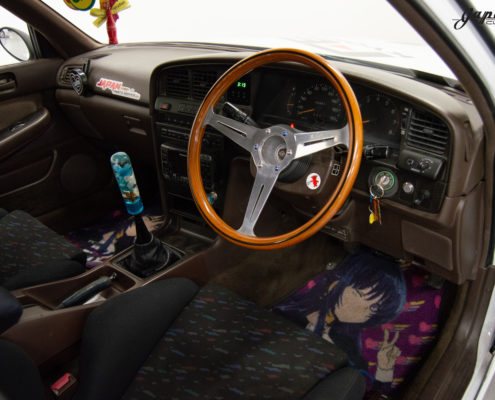 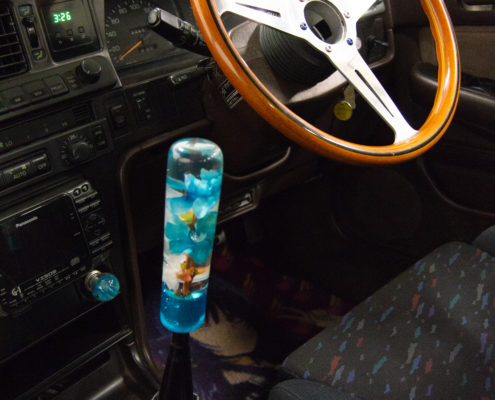 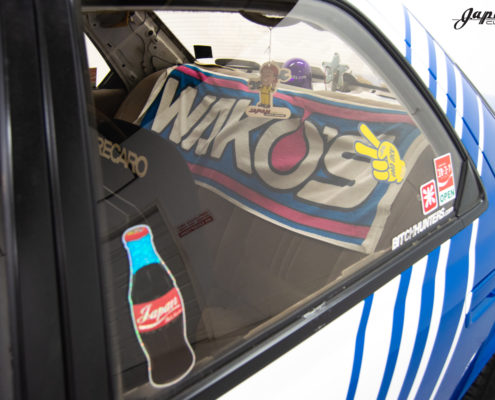 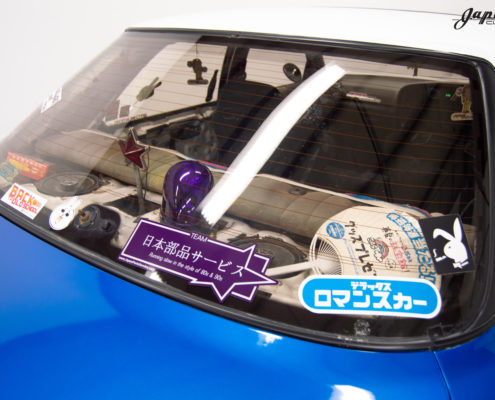 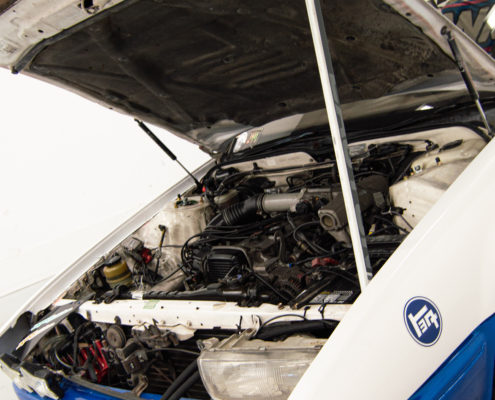 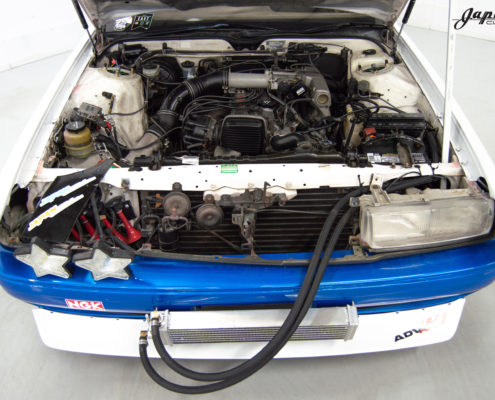 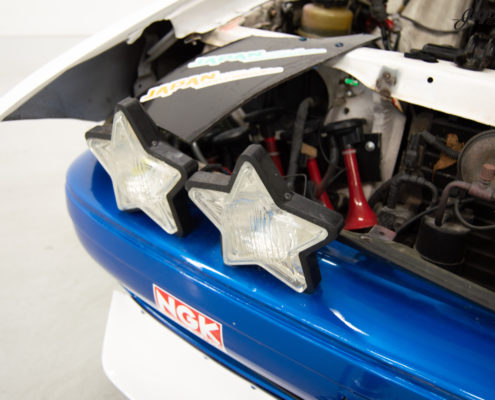 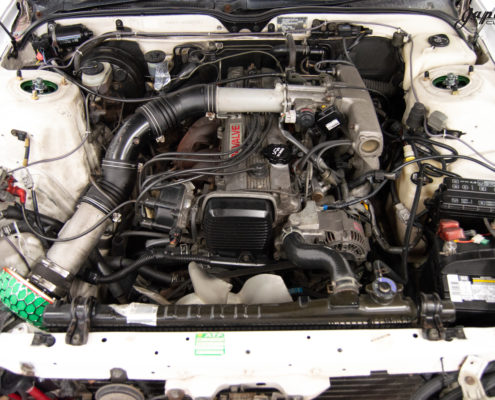 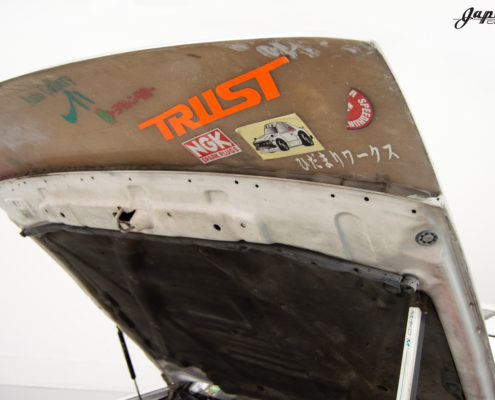 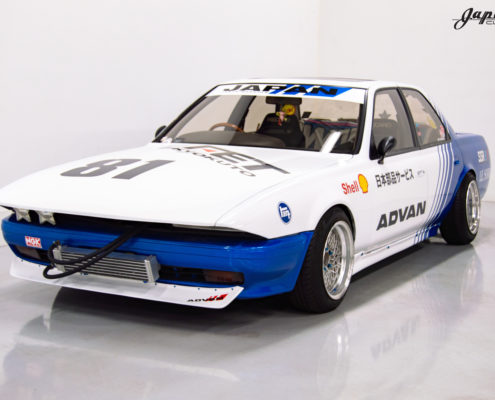 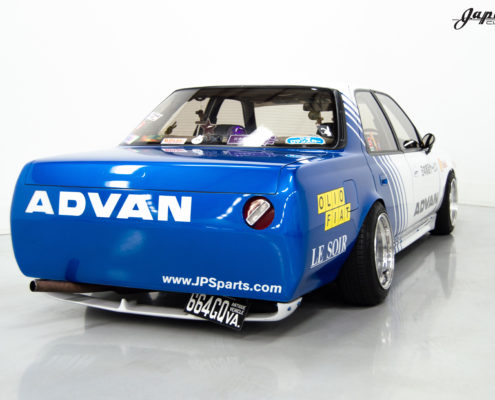